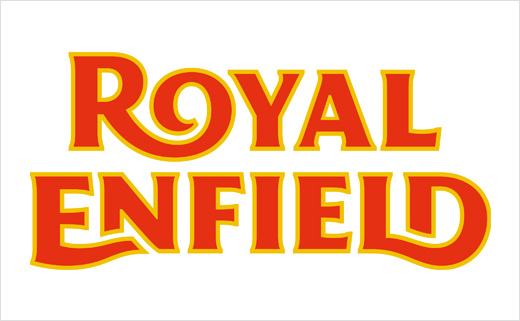 Royal Enfield range of new motorcycles, get in touch today to have a test ride. 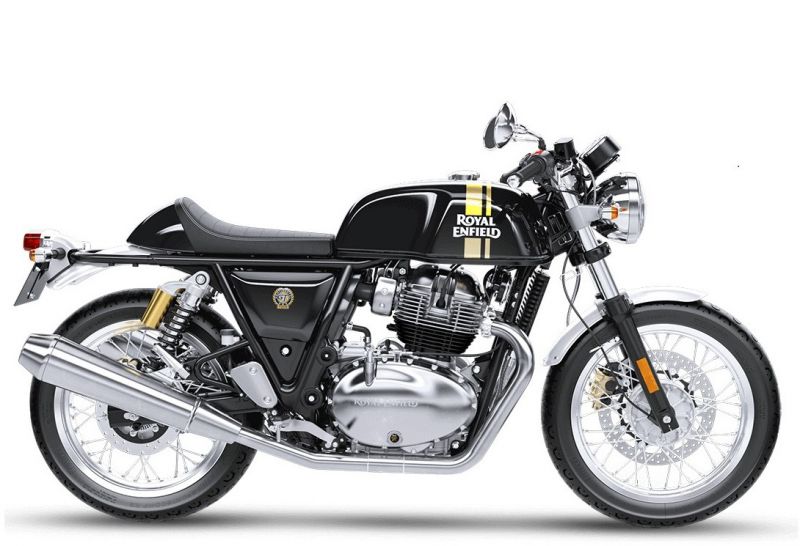 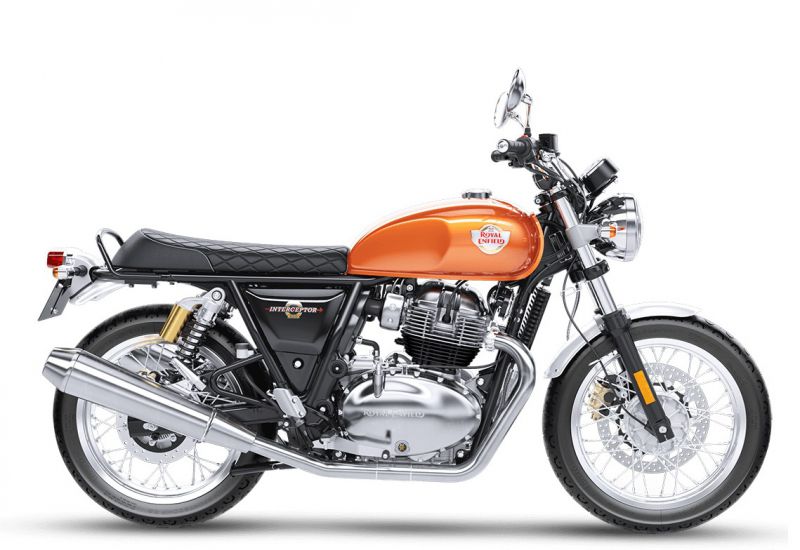 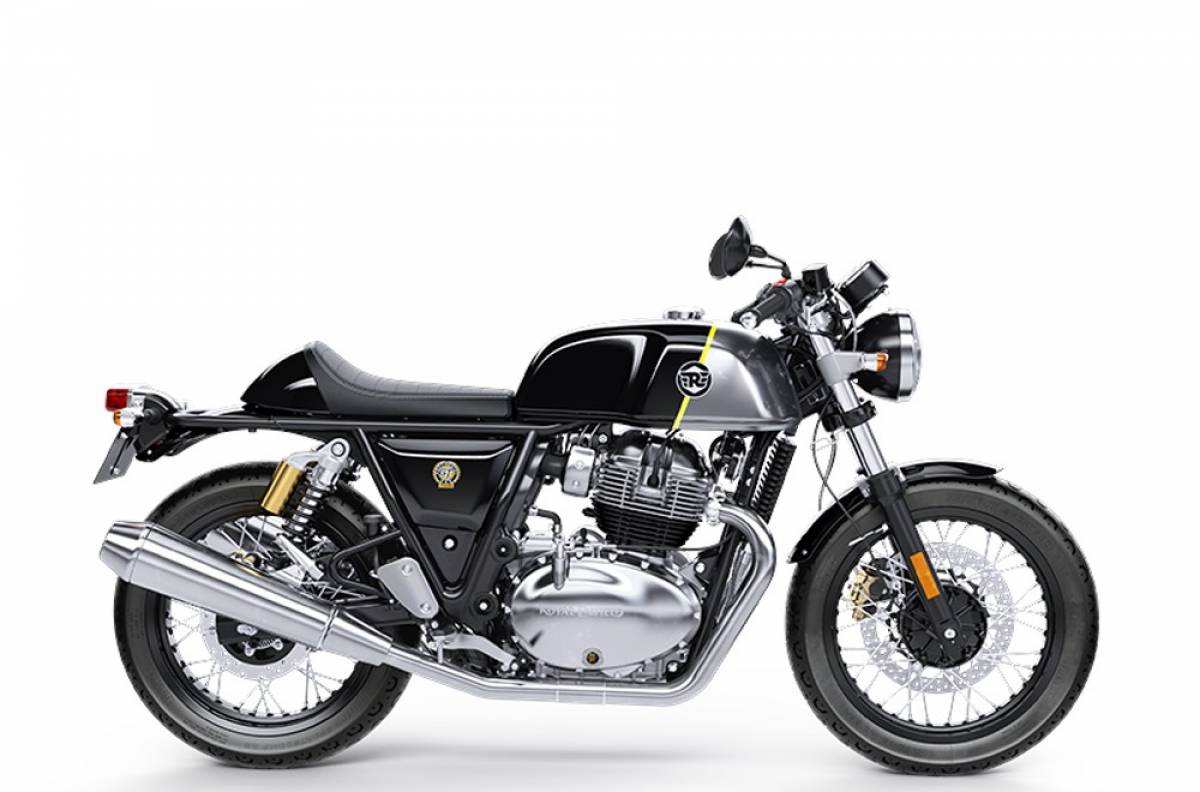 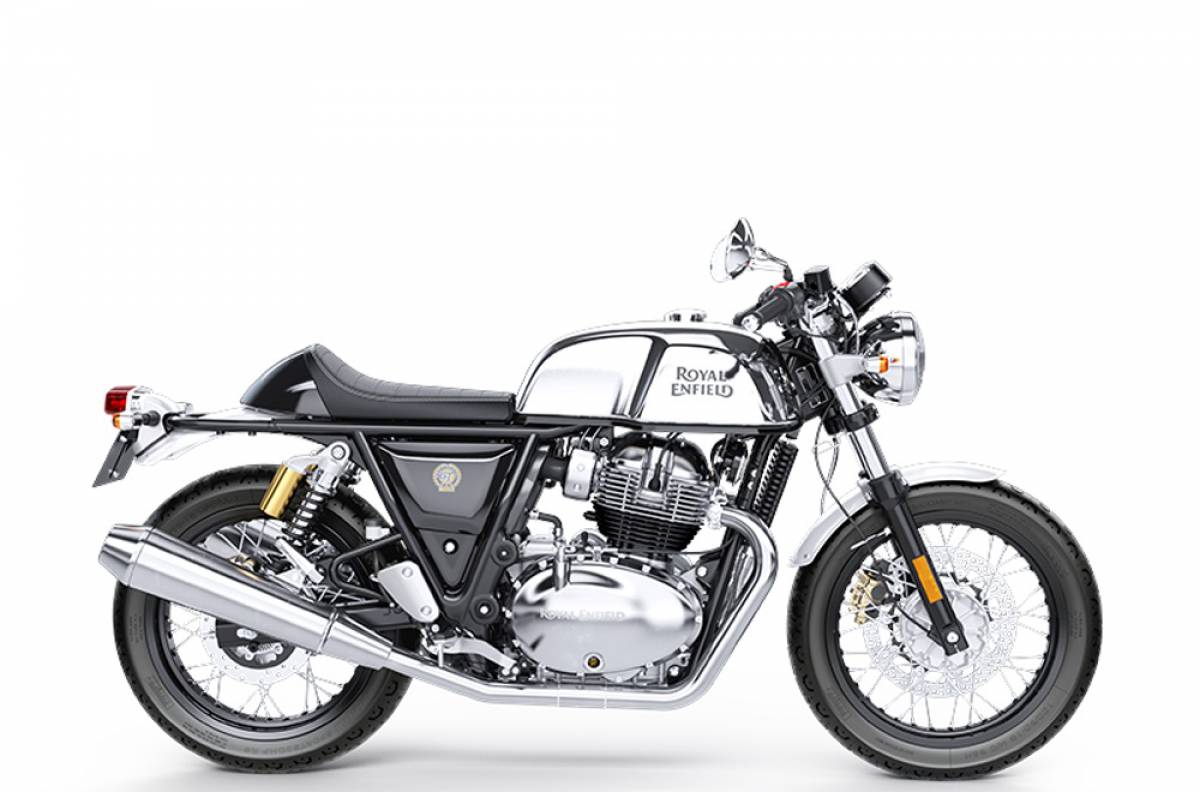 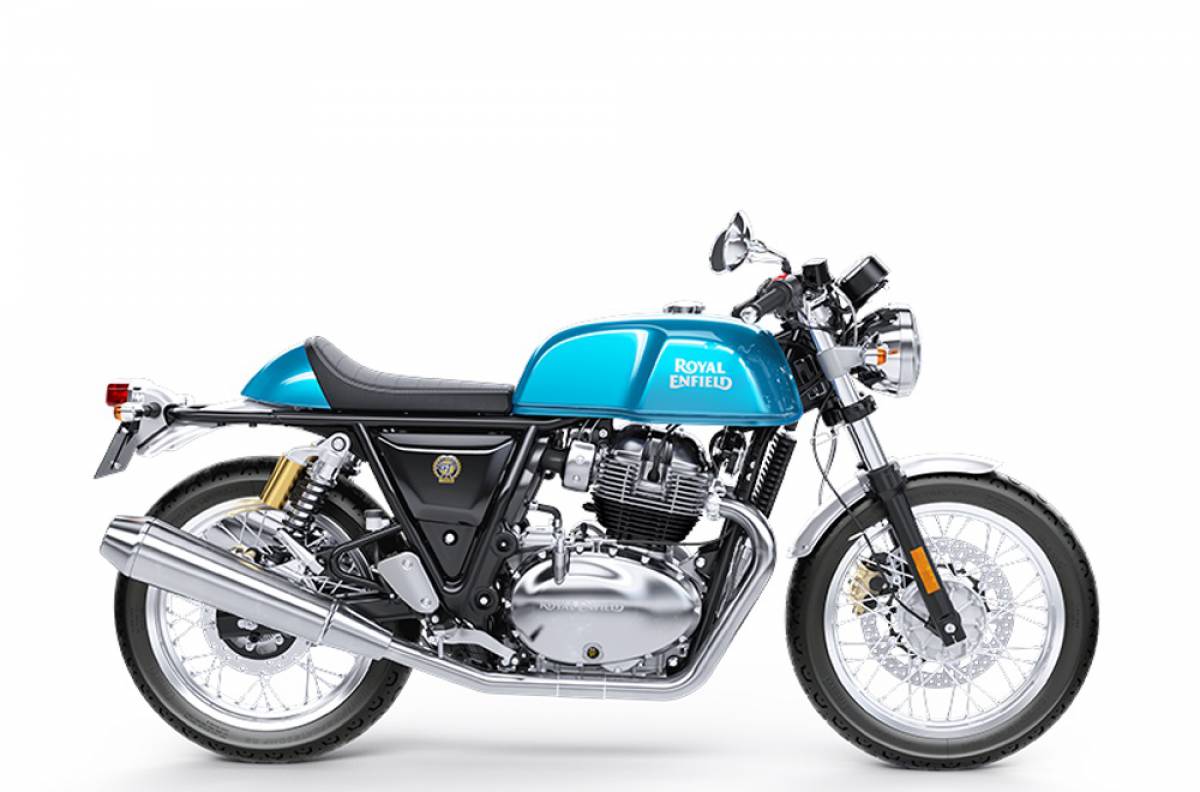 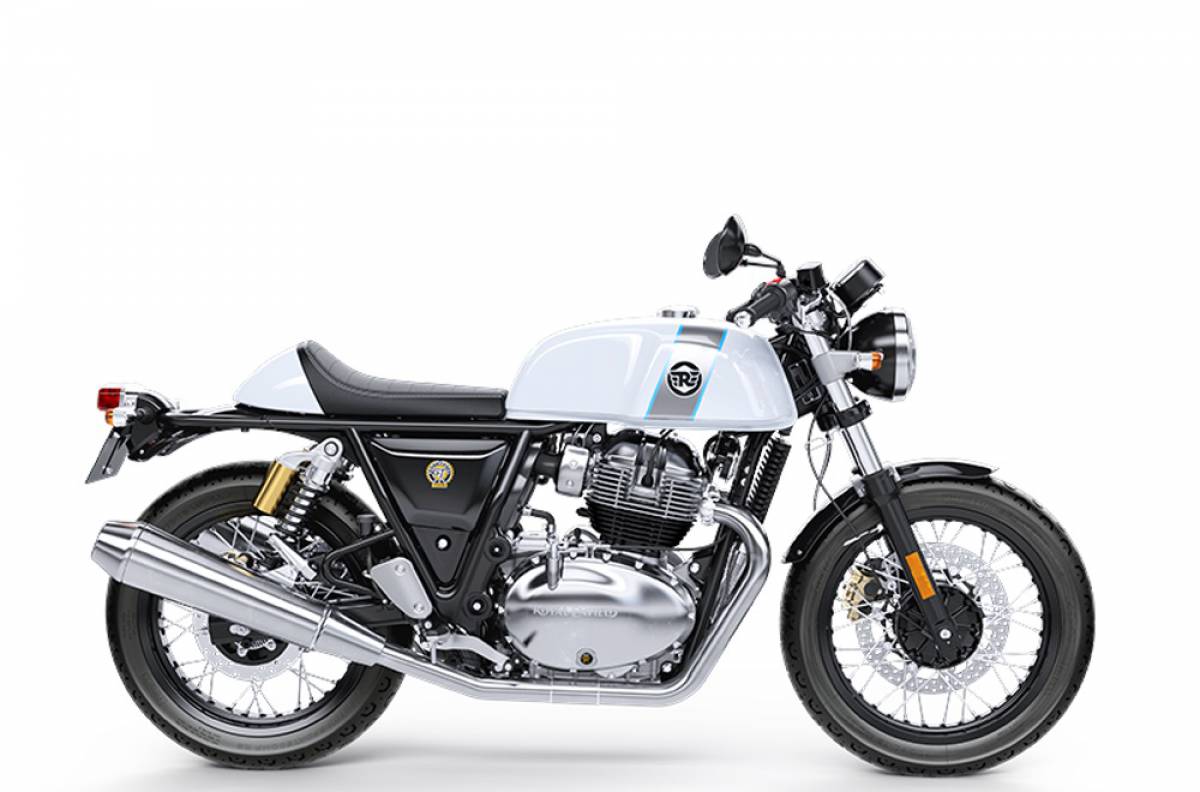 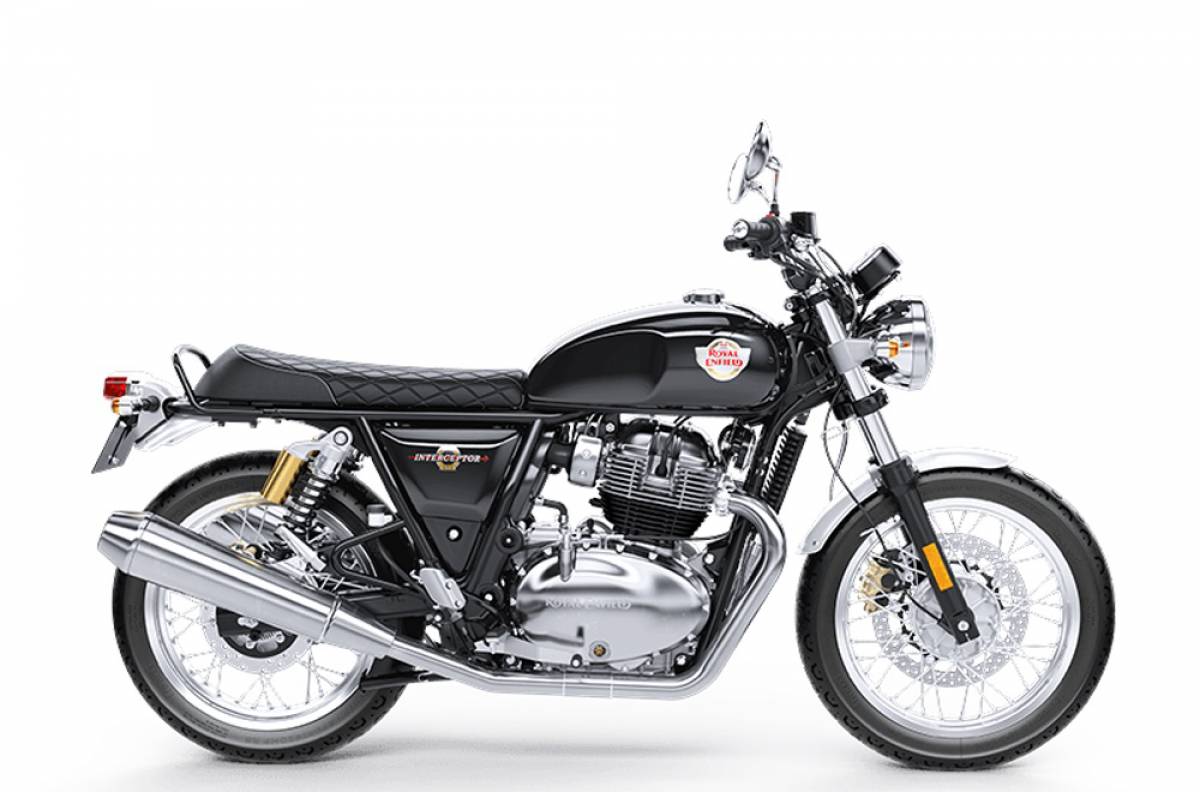 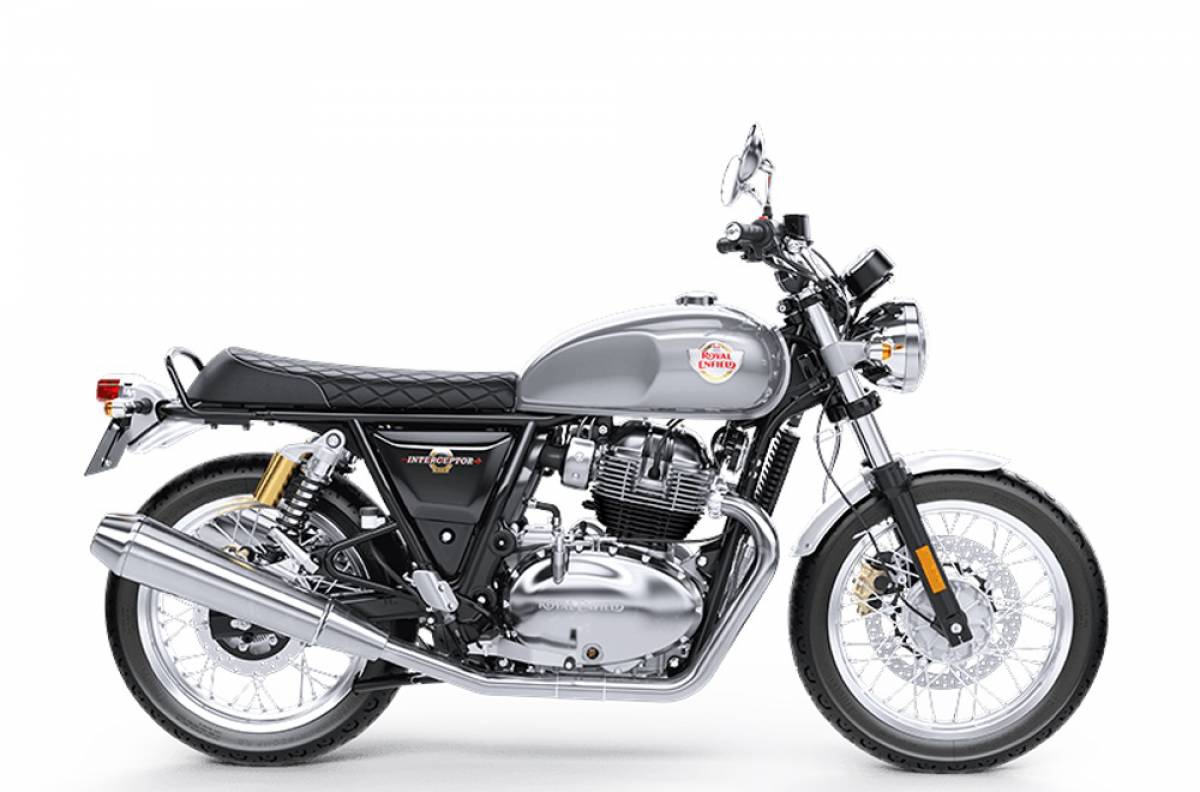 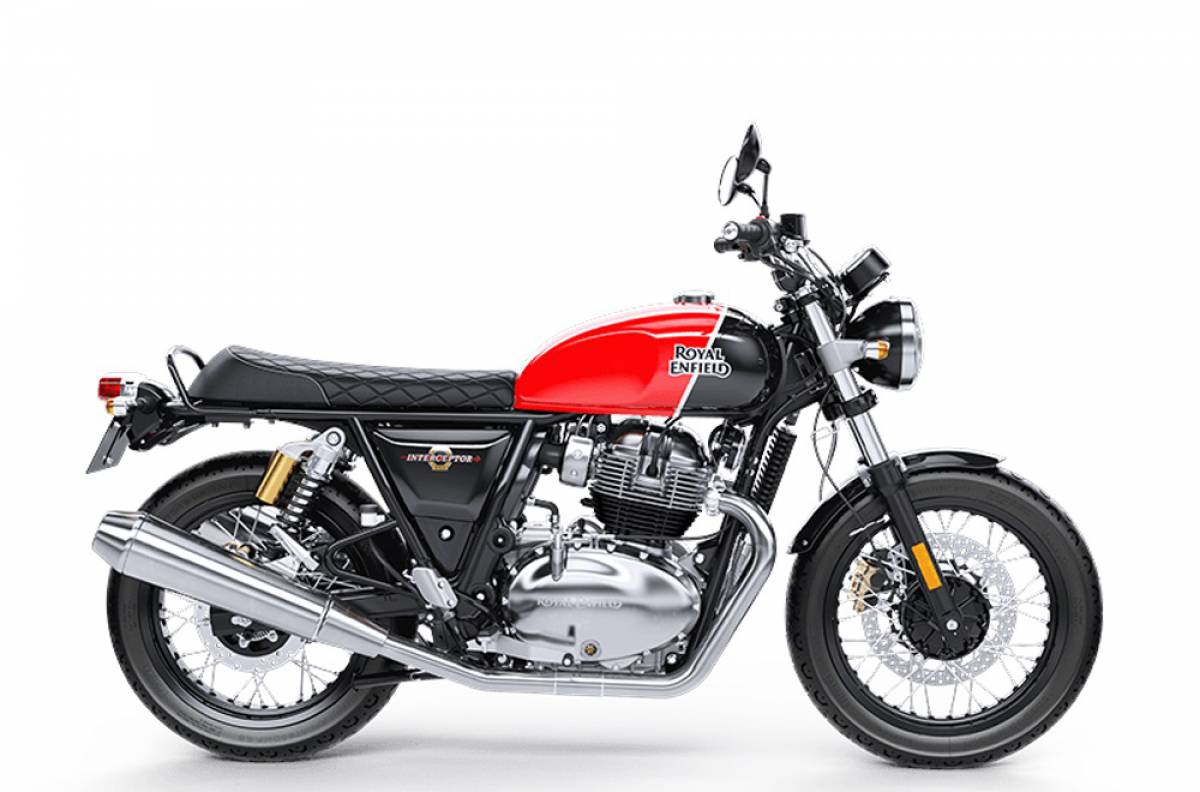 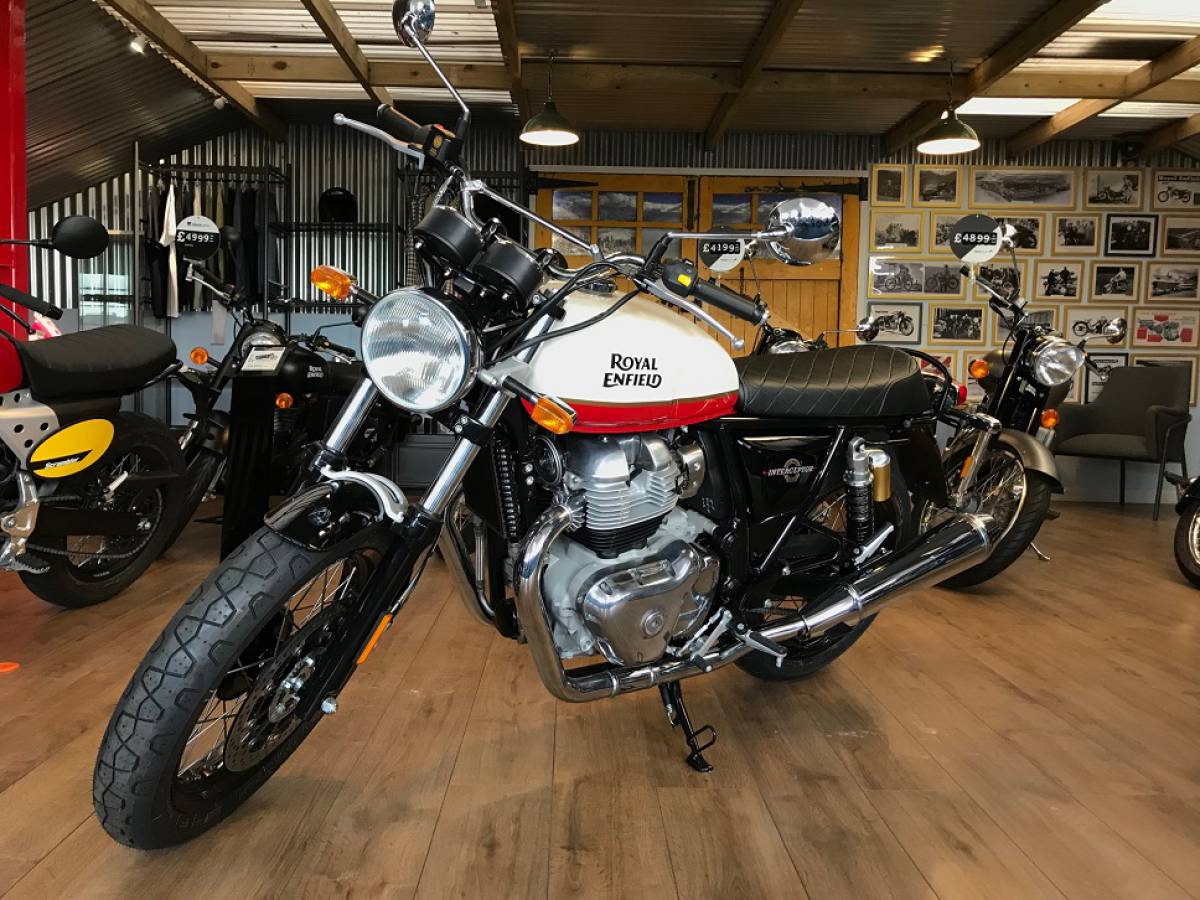 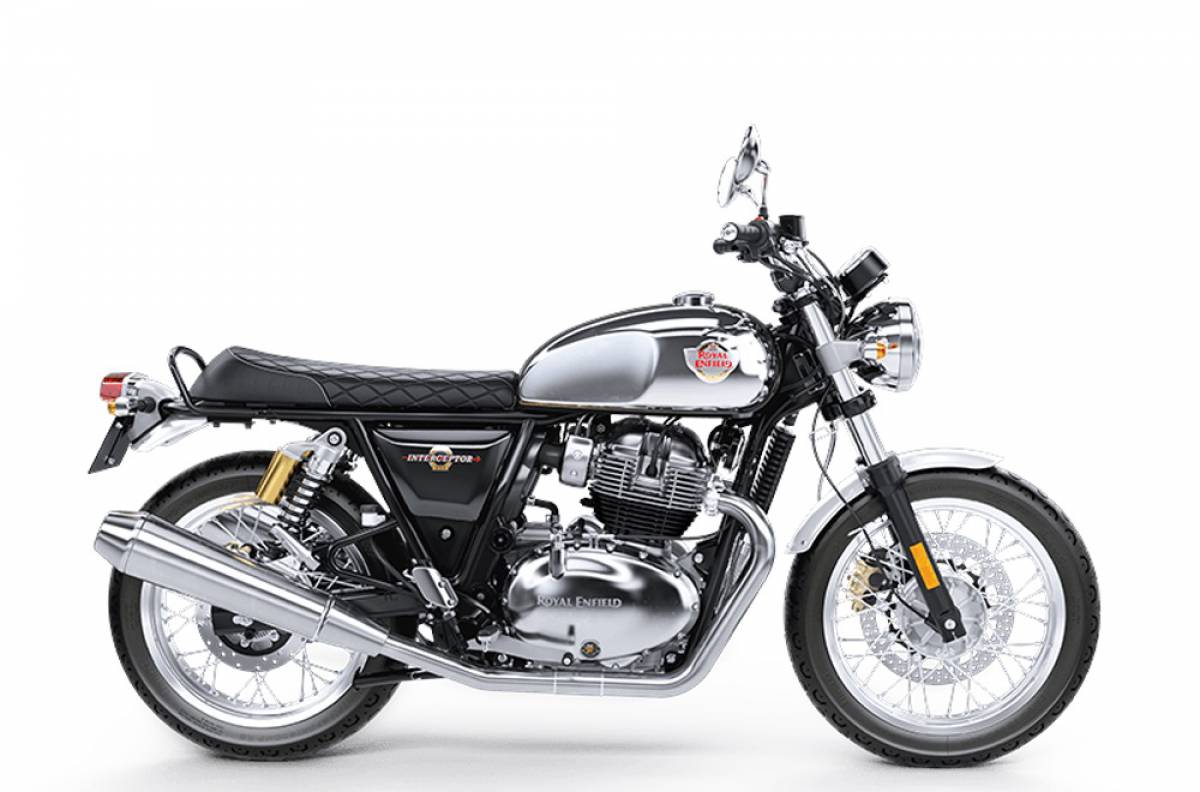 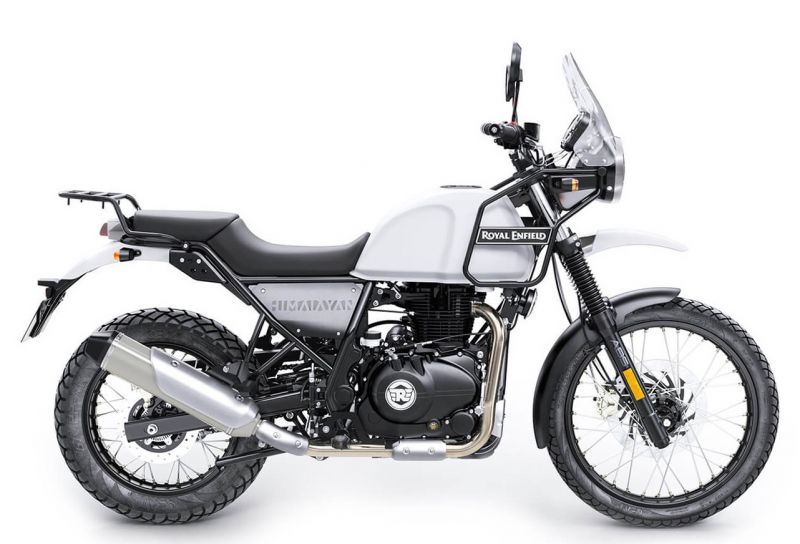 Originally known for producing affordable cafe racers Royal Enfield continue their legacy of being a great and popular brand, with a reliable stylish range which won't break the bank. Pop into our newly fitted showroom, where you can test ride the bikes and browse our range of official Royal Enfield accessories and clothing. 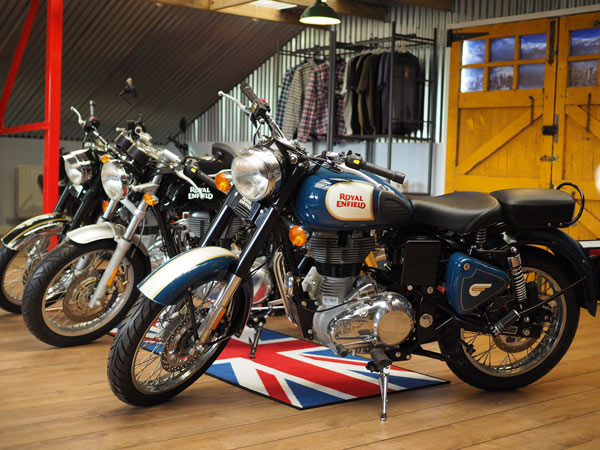 Built like a Gun. A Bit of Royal Enfield History

It’s 1851, Queen Victoria holds sway over a vast empire, Dickens has yet to write Great Expectations and Jack the Ripper is probably wearing short trousers. In Worcestershire town of Redditch, George Townsend was making sewing needles and fish hooks. In 1882 his son George, started making components for cycle manufacturers making complete bicycles by 1886. Around 1892, the firm is absorbed by Birmingham Small Arms (BSA) they got a lucrative contract to supply precision rifle parts to the Royal Small Arms Factory in Enfield, Middlesex. A new company was created to market these new design bicycles called ‘The Enfield Manufacturing Company Limited’. To celebrate the contract, the new bicycle is christened the ‘Enfield’. The following year the word Royal (after the Royal Small Arms Company) is added and thus Royal Enfield begins. Then in 1893 the Royal Enfield trademark ‘Made Like a Gun’ appears.

The first motorcycle produced by Royal Enfield company is built in 1901, and, as motorbike fans, that is really where we get interested. In 1901 the world assumes that motorcycling was just a fad that would soon fizzle out! And indeed it might have, because bikes of the time are notoriously unreliable. They need frequent road-side tweaks; tuning the fragile engines, oiling gears and moving parts and often changing quite major components that you had to carry with you. A quick whizz out on your bike needs planning and preparation – and courage.

However Royal Enfield stuns the biking world by presenting a 2 1⁄4 hp V twin-engine Swiss style machine at the 1909 motorcycle show. It both runs very well and is reliable. A slightly larger model arrives in 1911. A 2 3⁄4 hp, with all chain drive incorporating the well-known Enfield two-speed gear. This model runs until 1914 - a big year for Enfield and the whole world actually.

As we all know World War I starts in 1914 and Royal Enfield is called upon to supply motorcycles to the British War Department and even gets a contract to build bikes for the Imperial Russian Government. In 1917, the officers of the Women’s Police Force were issued with a 2 1⁄4 RE 2 stroke. They prove very trustworthy, serve the forces well and provide valuable development insights for Royal Enfield.

It’s now 1931 and the Depression hits Europe. Not only are Royal Enfield dealing with that but their company founder Albert Eddie passes away – only to be followed just 2 years later, by his partner RW Smith. Many companies are struggling and lots go under, but Royal Enfield Motorcycles hunkers down and manages to keep going. At the outbreak of WWII Royal Enfield secures government contracts to supply military motorcycles, the most famous of which was “The Flying Flea” - a lightweight, rugged 125cc two-stroke that could be parachuted in with airborne troops. Let’s jump forward to after the war - Royal Enfield Motorcycles resumes production of their old favourites; the 350 & singles, both with rigid frames & telescopic forks. Ok so those old pre-war designs are not exactly modern but there were industry-changing innovations in the pipeline. In 1948 they become the first to produce ground-breaking new swing arm rear suspension.

The 1950s saw Royal Enfield selling manufacturing rights and tooling to the Indian company, Madras Motors. The Indian government is after a reliable motorcycle for its police and army. The Bullet is chosen as the most suitable bike for the job. The Redditch company partners with Madras Motors in India to form 'Enfield India' and by 1962, all components are made in India. Royal Enfield still makes an essentially similar bike in the 350 cc and 500 cc models, along with several different models for different market segments. It seems that as far as the UK is concerned Royal Enfield had simply become an Indian company making domestic vehicles.

However, in 1994, Royal Enfield merges with the Eicher Group after a few years of mutually beneficial collaboration and they become becoming a global player again with the 500 Bullets appearing everywhere and oozing retro cool. Being ridden on TV by motorcycling legend Guy Martin and being spotted in some of hippest neighbourhoods of London and the USA. In 2014 Royal Enfield appoints Pierre Terblanche as the head of new product design.

By 2015 Royal Enfield surpasses Harley-Davidson in global sales! Who saw that coming eh?

Now, in 2019 Royal Enfield’s bikes receive glowing accolades from experts and are shaking up the world motorcycle market and are serious rivals to British motorcycle industry. Their machines are viable alternatives to bikes from Japan’s the “Big Four” and represent a wise choices for weekend or daily riders alike.

Now Royal Enfield has done some mileage and sells motorcycles in over 50 countries – and we at A&M Motorcycles are proud to be one of their Official Agents. Come and see what it’s all about. 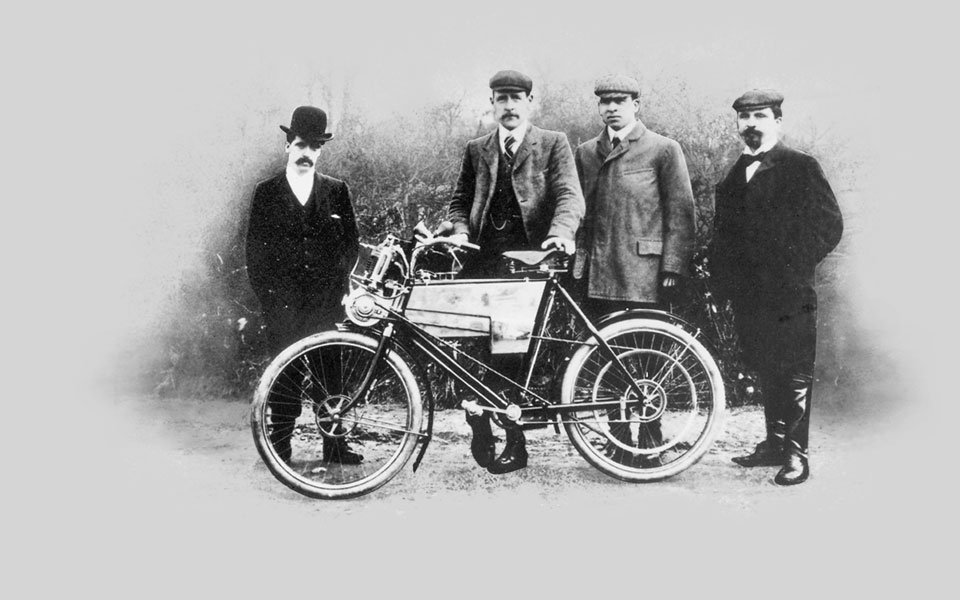 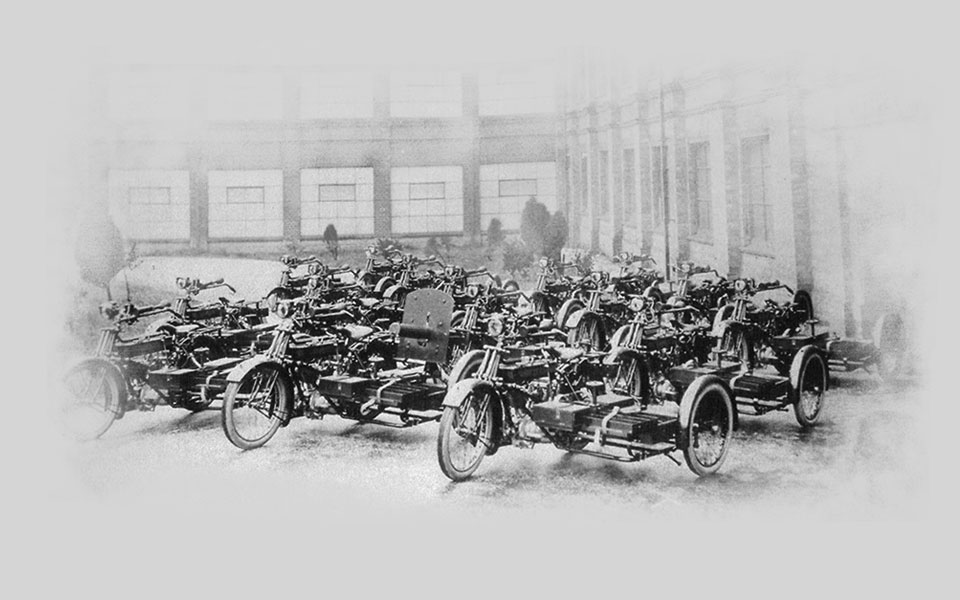 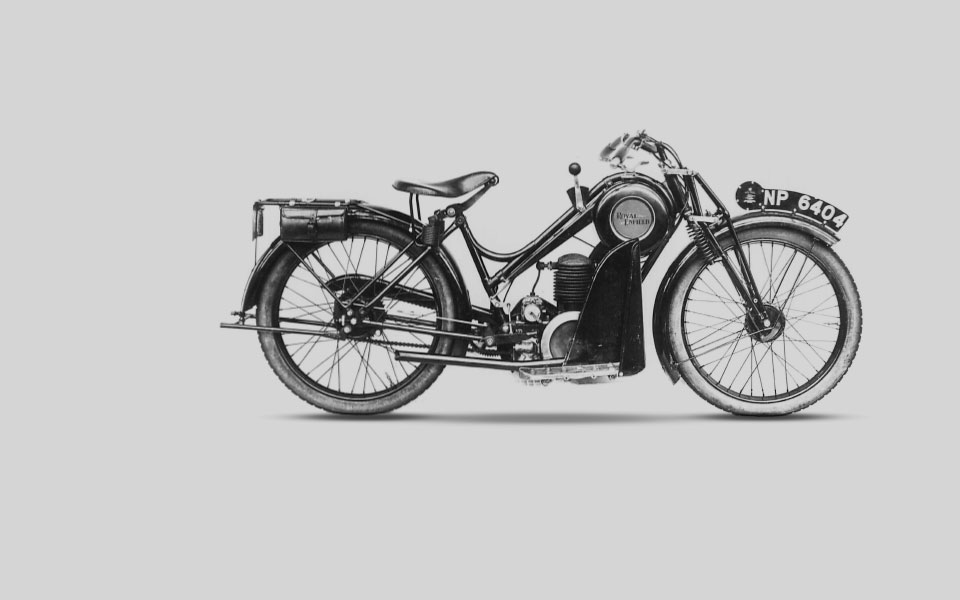 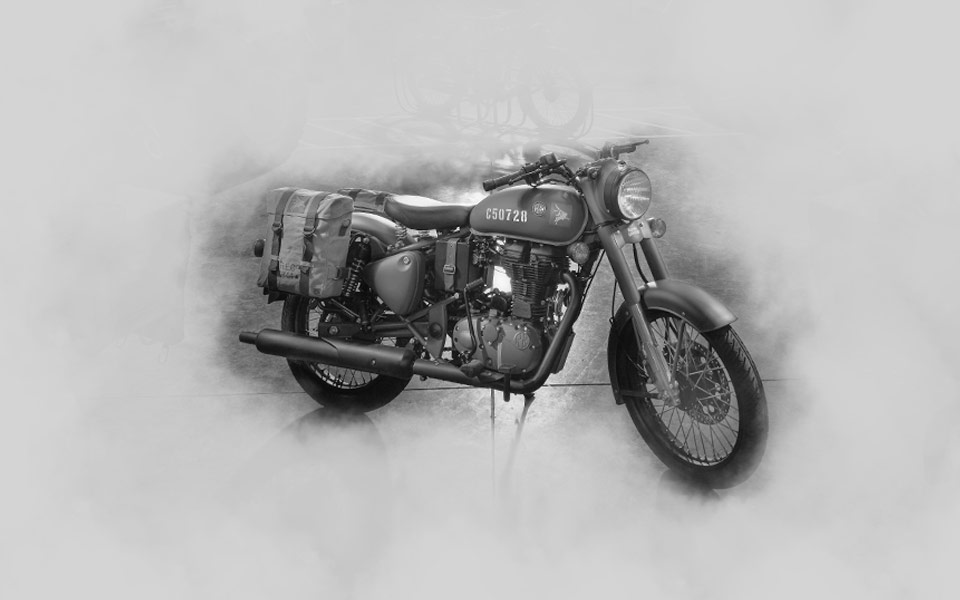 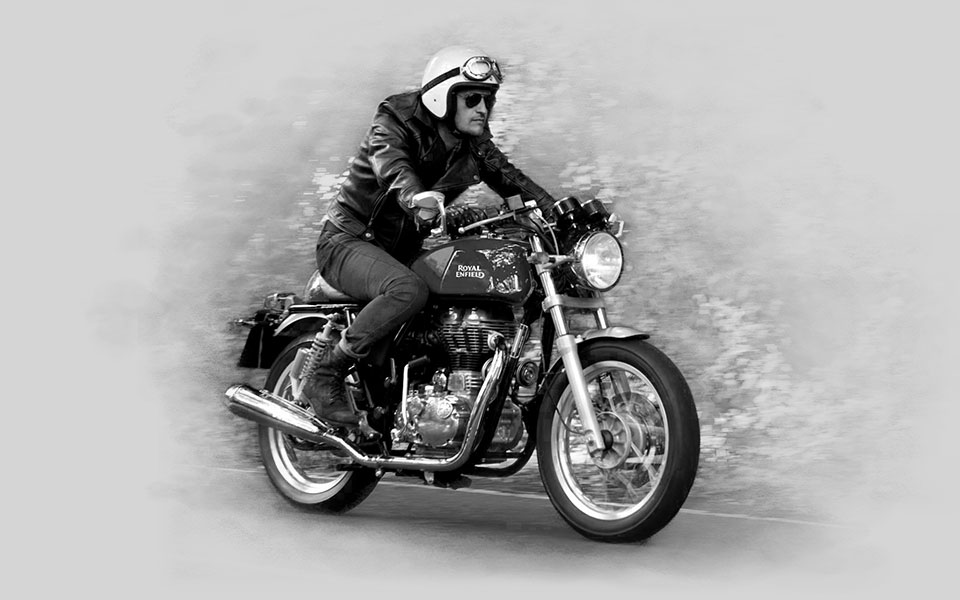 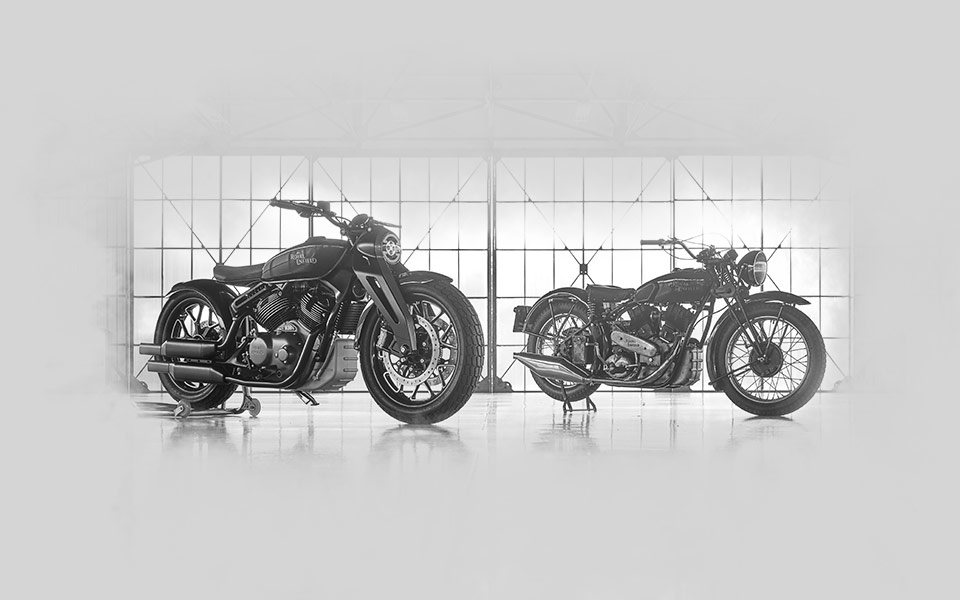